In January 2016, Burma’s state media reported that Naypyidaw was proceeding with four new hydropower dams on the Namtu (Myitnge or Dokhtawaddy) River, three of which are in conflict areas of Shan State. These new dams, together with the existing Yeywa dam, will form a cascade blocking half the entire length of the river.

The most advanced of the new dams is the Upper Yeywa Dam in Nawngkhio township, started by Burma’s military regime in 2008, and slated for completion in 2018. The planned reservoir will stretch for over 60 kilometers, entirely submerging a large Shan village of nearly 500 residents, called Ta Long, and possibly submerging part of Hsipaw town.

Ta Long (meaning “large harbor”) is a prosperous community, renowned in northern Shan State for its organic oranges and pomelos, grown along the riverbank. Ancient stupas in the village are hundreds of years old. Ta Long villagers were neither informed nor consulted before the dam began. An Environment and Social Impact Assessment (ESIA) was carried out for the dam only in 2014, six years after the dam had begun. During the ESIA, the villagers stated clearly that they were not willing to move.

Despite this, dam-building has continued, with funding from China, and with the involvement of Chinese, Japanese, German and Swiss companies. A diversion tunnel has been completed, and construction of the main dam wall was beginning in early 2016.

The other planned dams on the Namtu in Shan State — the Middle Yeywa Dam being developed by Norway’s state-owned SN Power in Nawng Khio township, and the Namtu Dam in Hsipaw township — are also proceeding without transparency, and without the informed consent of impacted villagers. 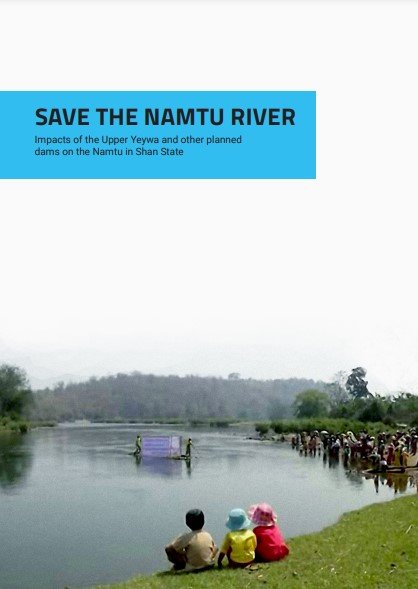